Welcome to our website, here you can find all the latest news and information from the Selkirk Fleshers.
The Selkirk Incorporation Of Fleshers with its history dating back to its creation in 1679 by a group of individuals employed in all areas of the meat trade.
The Fleshers flag was carried and cast in Selkirk's common riding celebrations along with the other crafts of the town in remembrance  of Fletcher as the only surviving man of Selkirk to return from the battle of Flodden in 1513 whereupon he cast a captured English flag above his head whilst telling the townsfolk of the disaster that had befell the town.
The Fleshers flag was laid up due to the demise of the meat trade and lack of membership but was raised once again in 1980 when the craft was re born and the flag has played its full part in our towns common riding since. 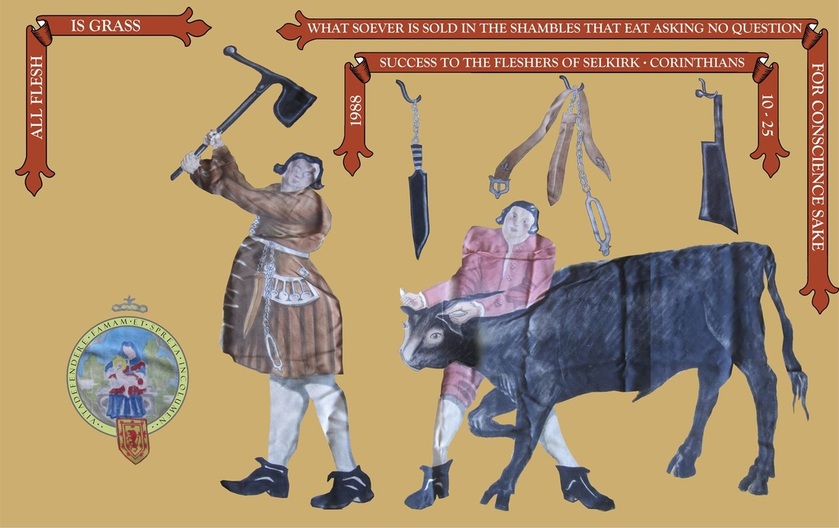 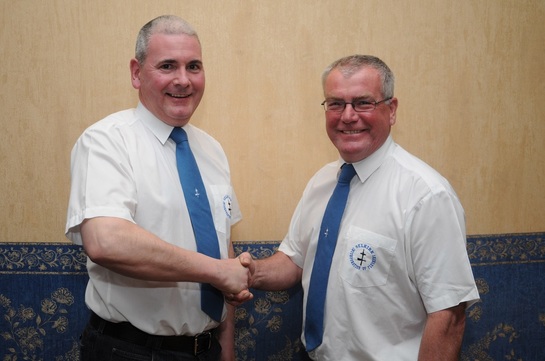